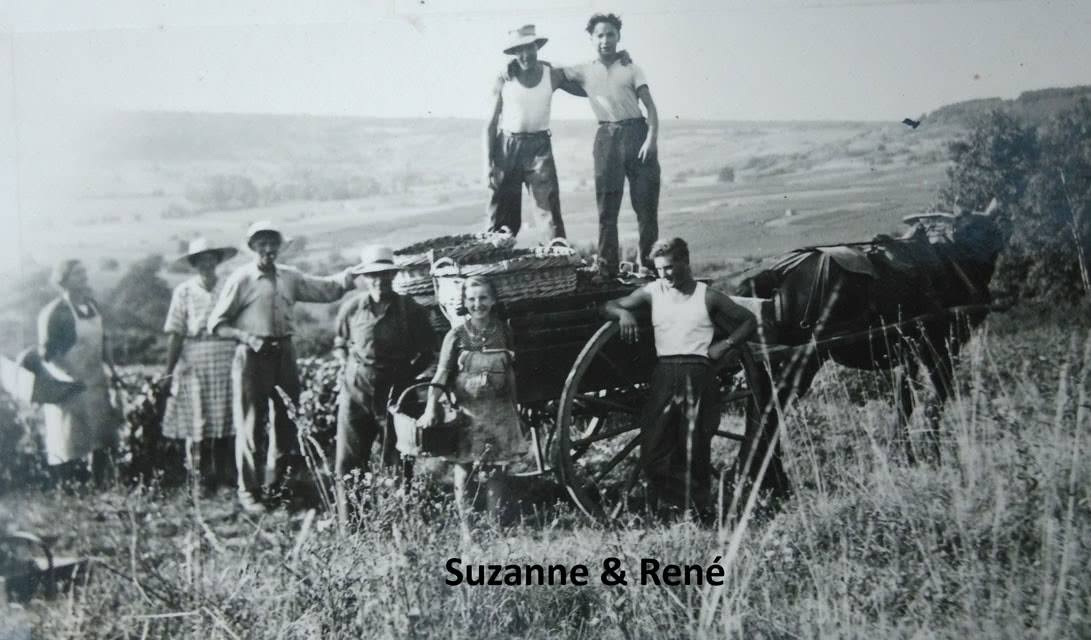 Our story begins in the early 20th century, when René Schloesser, a young farmer from Luxembourg, left his country of origin for a better life in Champagne. There he met Lucie Coutelas, a young farmer and wine-grower from the commune of Romery. In 1927 they were married. Two years later, when France was in the grips of a severe economic crisis and the champenois traders had stopped buying their grapes, René and Lucie decided to make and sell their own champagne. And with that, our Champagne House was born…!
At first, only around 1,000 bottles were produced. Each morning, René would take them himself, stowed on the pannier rack of his bicycle, to the railway station at Damery and watch them set off to Paris, where members of the family living in the capital took care of selling them.
After the 1945 Liberation, sales of Champagne grew and production at Maison Schloesser gradually increased; soon it reached 5,000 bottles, sold for the most part in Paris and Lyon. 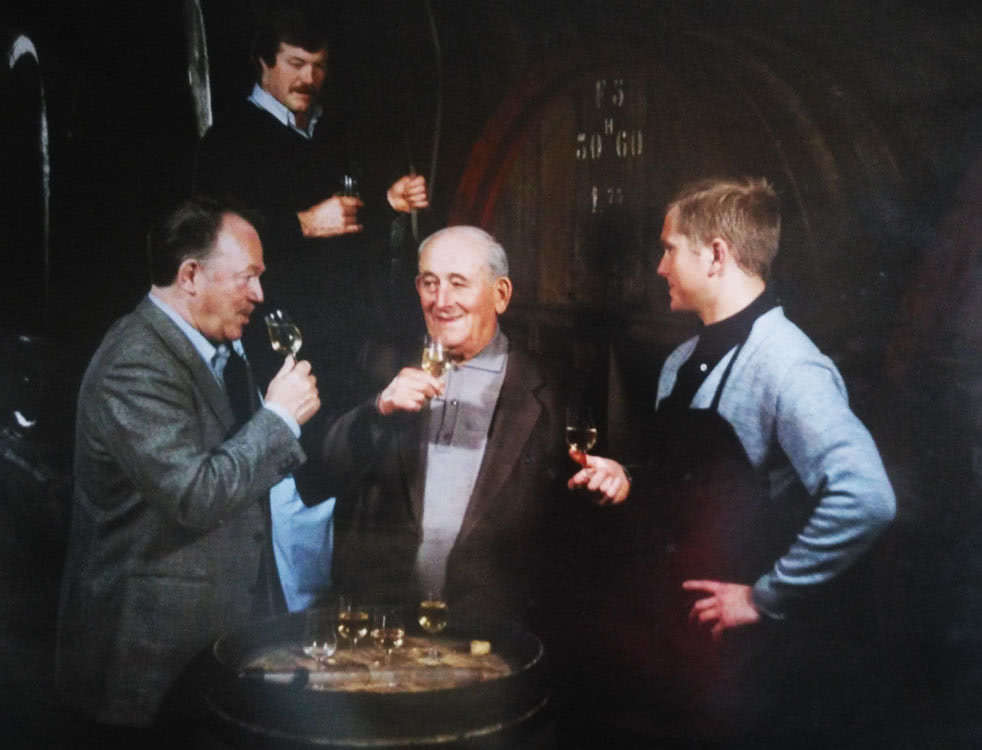 In 1950, René and Lucie’s daughter, Suzanne, married Jean TRIBAUT, a young vineyard and winery worker. They combined their vineyard holdings and today’s brand was created: CHAMPAGNE TRIBAUT-SCHLOESSER. Jean and Suzanne have continued to build the business throughout their working lives - they purchased new land for planting vines in order to increase production and made improvements to their facilities and equipment. 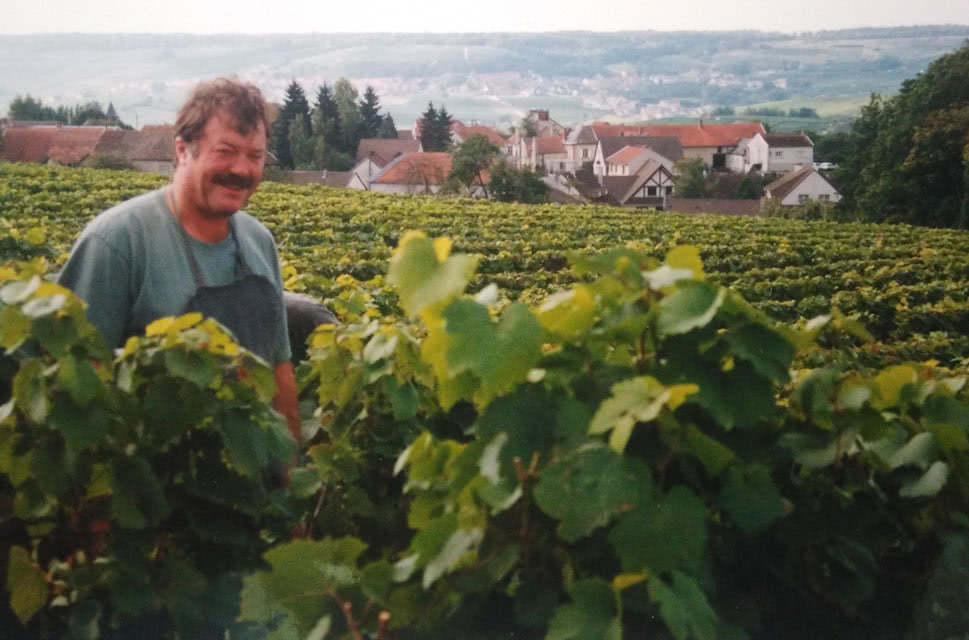 In 1967, their son, Jean-Marie, joined them to manage the vineyards and the winery, to allow Jean to devote his time to developing the commercial side of the business.
In 1980, they built the current winery and started buying foudres and demi-muids (600-litre oak barrels) in order to create and refine the unique TRIBAUT style.
In 1986, the Maison began dispatching its first bottles abroad: Germany, Belgium, Great Britain, Switzerland and the U.S.
In the 1990’s, Jean-Marie and his brother took the Champagne Maison to a new level. They started buying grapes from other wine growers in the village and from Champagne’s finest crus. They also improved the production facilities by purchasing two new automatic presses in 2005. 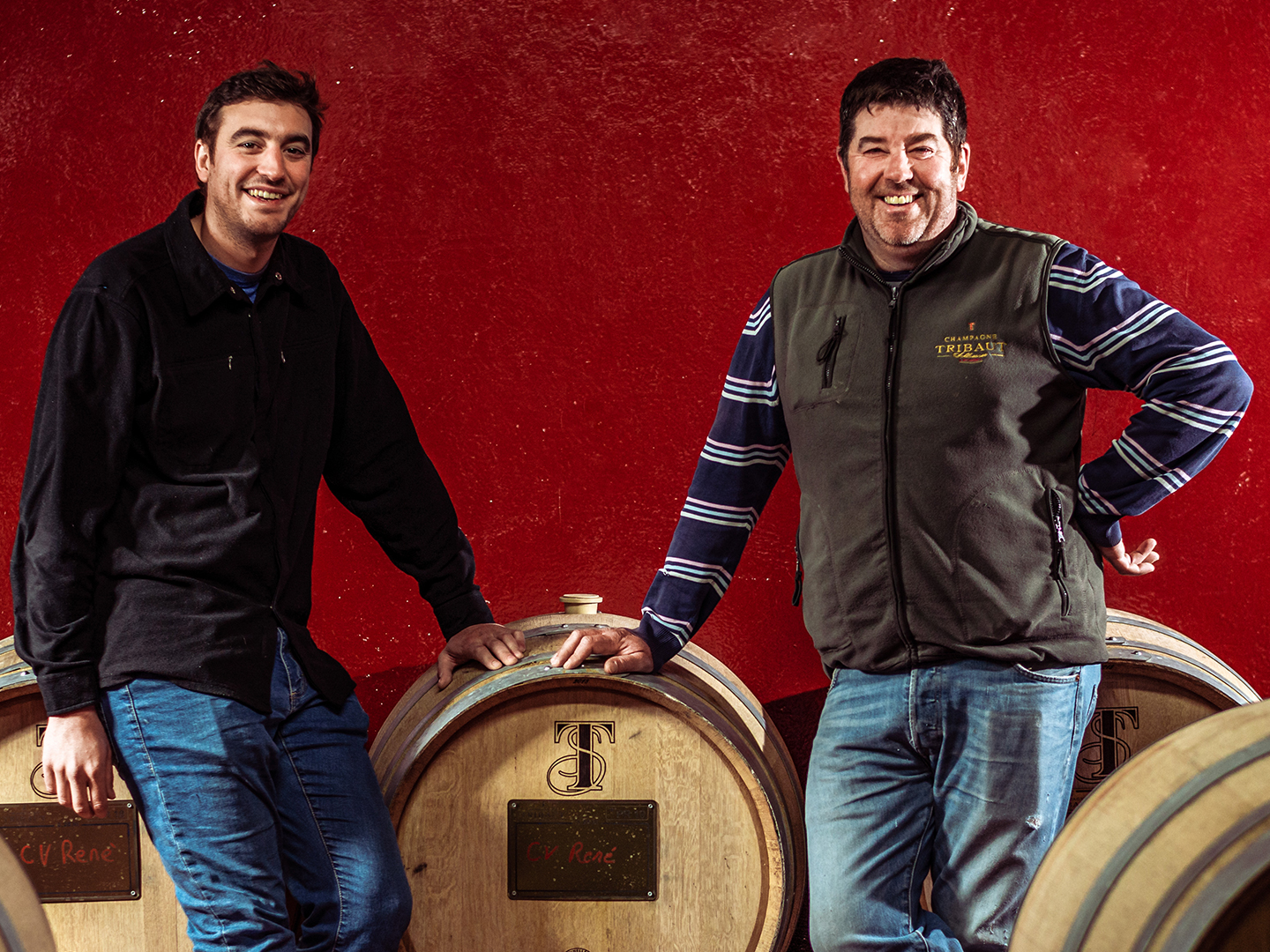 Today, the fourth generation of the family continues to put the traditional savoir-faire of their forefathers to good use. Jean-Marie’s two sons, Sébastien and Valentin, have taken up the reins and CHAMPAGNE TRIBAUT-SCHLOSSER benefits from their complementary skills, to create fine, delicate champagnes for life’s finest moments. Today the Maison has customers in over 25 countries around the world.